States of matter...tackle the tricky bits

All you need to know to confidently tackle common misconceptions, the science behind states of matter and how to teach it to children in a way they will really understand. 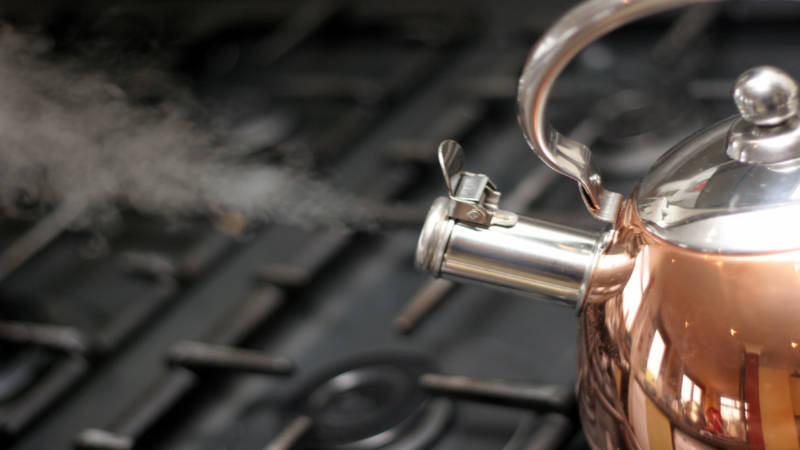 Copper kettle on a hob with steam coming from the spout

What do children need to know about states of matter?

Your pupils’ learning about states of matter is closely connected to their understanding of the properties of materials and their changes. We have included some ideas for how to teach states of matter in part two of this topic guide.

All substances are made of tiny particles, which may be atoms or molecules, depending on the substance. For example, water is made of molecules of hydrogen and oxygen, but iron is made from atoms of the element iron. The properties of any substance are determined by the collective properties of all the particles – a drop of water is estimated to contain one thousand trillion particles. The closeness, arrangement and motion of these particles determine whether a substance is a solid, liquid or gas. These three states of matter are clearly represented in this simple model:

Solids hold their shape and have a fixed volume because the particles are so close together that there is no space for them to move into. Particles in liquids are also touching but aren’t fixed in position and can move around each other, which enables them to flow. Particles in liquids are still too close together to be squashed, however. A gas flows and completely fills its container because particles in gases have high energy and space in all directions to move into. All particles are constantly vibrating whatever state they are in.

The particles in a substance are affected by heating and cooling, which cause the substance to change state. The particles actually stay the same when it changes state, and it is just their closeness, arrangement or motion that change.

When a substance is heated:

When a substance is cooled:

When a solid is heated it melts to become a liquid because the extra energy from the heat enables its particles to move around each other, breaking bonds between them. If the water continues to be heated, the particles move about even more rapidly, and separate completely, becoming a gas. When we boil a liquid, we see bubbles of gas throughout the liquid that rise to the surface and break away as a gas. This process can be reversed by cooling, resulting in a gas condensing into a liquid and then freezing into a solid.

It is important to understand that the exact temperature at which these changes of state take place is different for different substances, depending upon the type of particles that make up the substance and the bonds between them. Water boils at 100° C and melts at 0° C. Water might freeze at 0° C, but pure alcohol doesn’t freeze until about -114° C. Iron however needs to be heated to 1,538 °C to melt due to the strength of the bonds between particles.

The different bonds and types of particles help explain how changes of state happen. But why do we see water evaporate below its boiling point, when water evaporates from a puddle or washing dries? Boiling and evaporation are different. The evaporation of a puddle occurs when particles of water at the surface are heated by the sun and gain a lot of energy enabling them to break away from the surface as water vapour and escape into the surrounding air.

The amount of water on Earth is always the same, it just changes state from a liquid to a gas and back again through the process of evaporation and condensation. The water cycle is therefore a huge water recycling process.

This video from BBC Teach has an excellent animation to demonstrate the water cycle.

Now you've got the tricky scientific concepts under your belt, try our ideas to help you explore states of matter with your class in a way they will understand in part two of this topic guide!

You can also take a look at the related topic guide for materials.

Image credit: Copper kettle on a hob with steam coming from the spout by kboyd via Pixabay

States of matter...explore with your class

Ideas for how to explore this topic with your class and explain it in a way they will understand.