Living things and their habitats...tackle the tricky bits

All you need to know to confidently tackle common misconceptions, the science behind living things and their habitats and how to teach it to children in a way they will really understand. 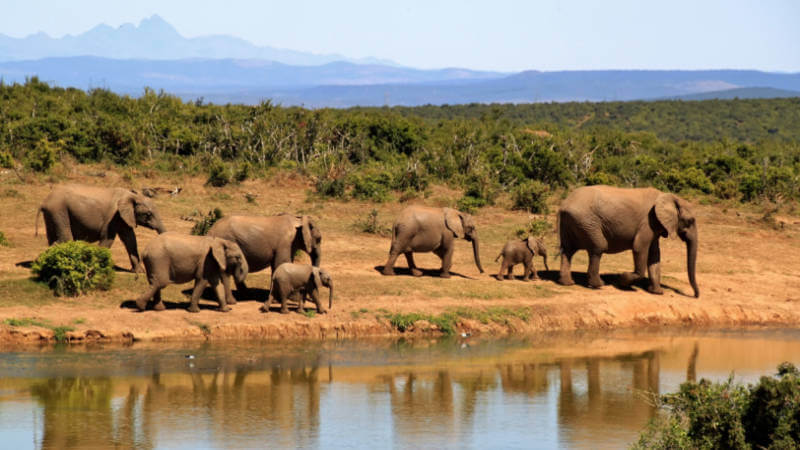 Herd of elephants walking past a watering hole

What do children need to know about living things and their habitats?

Your pupils’ learning about the enormous variety of living things on our planet and their interdependence is crucially linked with their learning in other topics (e.g., animals including humans, plants, evolution and inheritance). It cannot be effectively taught in isolation and those connections should be made explicit and developed wherever possible. We have included some ideas for how to teach living things and their habitats in part two of this topic guide.

Making comparisons between things and deciding how to sort, group and classify them is a very important scientific skill for children to develop. For example, they need to be able to categorise things as living, dead or never alive. A helpful question for children to think about is ‘is it able to grow and make more of itself?’

Tricky items to be aware of, that are often wrongly considered to be living, include:

The system used to group and classify living things can be as simple as placing things into two groups (e.g., living/non-living, vertebrate/invertebrate, flowering plant/non-flowering plant etc.) or can be made much more complicated. A classification key is a set of questions about the characteristics of the living things which enables you to sort things. The more detailed the questions or criteria, the more refined your sorting will be.

2. Identify plants and animals in their habitats

A habitat is a place or environment where an organism lives naturally. There are a huge variety of habitats, including forests, grasslands, deserts, mountains, polar regions and aquatic habitats (including both saltwater and freshwater). There are, of course, significant variations within each of these broader groups. For example, forests can be tropical, temperate or boreal depending on where they are located on Earth, and their very different climates mean that they provide very different habitats and attract different organisms.

The four basic components of a habitat are:

Organisms are found in habitats that have the best combination of these components to suit them and enable them to thrive. The common frog, for instance, is found in garden ponds in Britain, thriving in a habitat that provides freshwater (to drink, keep their skin moist and lay their eggs), insects to eat and shelter from predators (under plants or inside logs).

A microhabitat is a small area that differs in some way from the larger surrounding habitat. It provides unique conditions that are particularly suited to a species that is not found in the larger area. A good example is a rock pool, which is home to a variety of plants, invertebrates and fish. Rock pools are isolated from the rest of the coastal habitat and are open to variations in the tides and seasons.

An ecosystem is a community or group of living organisms that live and interact with each other in a specific habitat.

3. The interdependence of living things

Interdependence means that there is a balance in an ecosystem and if there is a change in the numbers of one species in an ecosystem this will have a knock-on effect on the other species. So, in our simple woodland food chain, if the population of caterpillars decreased, then the number of blackberries would increase, as less would be eaten. Shrews might reduce in numbers, having lost one source of food, and this could then affect the owl population. Obviously, these animals will have more than one source of food so the change may not have a significant impact. However, in some ecosystems a small change can have a large impact.

4. Environmental change and its impact on living things

Human activity can have an impact on the balance of an ecosystem by affecting one or more of the four basic components of a habitat and altering the suitability of the habitat for all the species that live there. This can take place at different scales and be positive and negative.

5. The lifecycles of living things

The life cycles of living things describe how they are born, develop to maturity, reproduce and die. Although each species has its own unique life cycle, there are broad similarities between the life cycles of different groups of organisms (i.e., mammals, birds, fish, reptiles, amphibians, insects, plants).

This video from BBC Teach provides an excellent introduction to the differences in the life cycles of these groups.

Most organisms reproduce sexually, where offspring are created from the sex cells of the male (sperm) and female (egg). Asexual reproduction, where the offspring only have one parent, occurs in some plants and fungi and a few animals (e.g., flatworms) and produces genetically identical offspring.

Now you've got the tricky scientific concepts under your belt, try our ideas to help you explore living things and their habitats with your class in a way they will understand in part two of this topic guide!

You can also take a look at the related topic guides for animals including humans, plants, evolution and inheritance.

Image credit: Herd of elephants walking past a watering hole by cocoparisienne via Pixabay

We know that representation matters and often if children can’t see it, they can’t be it. Role models are vital if we...

British Science Week will soon be with us again.