All you need to know to confidently tackle common misconceptions, the science behind evolution and how to teach it to children in a way they will really understand. 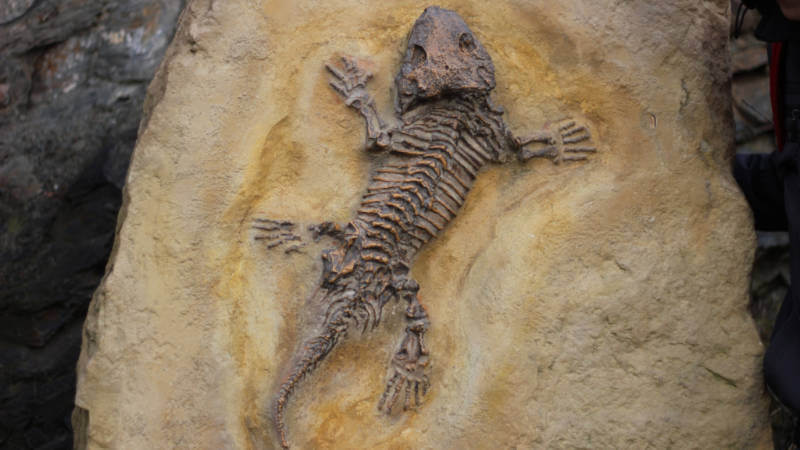 Lizard fossil on a rock

Here we focus on those scientific concepts that are the hardest to explain to children and are often the cause of misconceptions. We break it down into what pupils need to know and outline the related background science. Even though much of the background science does not need to be taught to primary aged children, it is useful for you as a teacher when addressing misconceptions and children’s challenging questions.

What do children need to know about evolution?

Pupils develop their understanding of evolution by building on earlier learning about the variety of plants and animals that live in the world today (or once lived but are now extinct) and how these animals and plants can be grouped based on their similarities and differences. Learning about evolution also relies on previous learning about living things and how they are suited to their habitats, as well as how fossils are formed. We have included some ideas for how to teach evolution in part two of this topic guide.

1. Animals and plants are grouped and classified according to their similarities

A useful example of how grouping living things into smaller and smaller groups is found within the group of animals called birds. Within this broad group, there are families of birds such as finches, and different kinds (species) within a family. Children might have seen greenfinches, goldfinches, chaffinches, but there are many other members of this family that can be seen in the UK including crossbills, siskins, serins and redpolls that don’t have ‘finch’ in their name (the RSPB has an excellent identifier for this family to help you spot them outside).

2. Living things adapt to survive in their environment and that adaptation may lead to evolution

Natural selection is a mechanism of evolution:

Charles Darwin developed this idea after he observed features of birds in the Galapagos islands, that were closely related to each other but had differences in the beaks and their feeding habits. The differences in size and shape of the beaks enabled the different species of birds to specialise in different types of food: seeds, insects, cactus flowers and fruits, making them suited to the environment they are in and naturally selected to thrive there.

3. Fossils provide a record of organisms that have lived on Earth and how they have evolved over time

We have gained our knowledge of when extinct organisms were alive and how evolutionary change has taken place by determining the age of fossils, which can be achieved by a few different methods.

Fossils are often contained in rocks that build up in layers (strata) that provide a sort of timeline, with layers near the top being newer and layers near the bottom being older. Fossils found in different strata at the same site can be ordered by their positions in the layers and unique features in the rock strata can be used to compare the ages of fossils. Scientists can roughly date fossils using a process that measures the radioactive decay of certain elements.

Using fossils records, scientists have been able to reconstruct a family tree for horses and their ancestors. There are lovely animations that explore this evolutionary history for the horse and also for the whale.

Now you've got the tricky scientific concepts under your belt, try our ideas to help you explain evolution to your class in a way they will understand in part two of this topic guide!

You can also take a look at the related topic guides for inheritance, living things and their habitats, plants and animals including humans.

Image credit: Lizard fossil on a rock by kkorvin via Pixabay

Ideas for how to explore evolution with your class and explain it in a way they will understand.