Earth and space...tackle the tricky bits

All you need to know to confidently tackle common misconceptions, the science behind Earth and space and how to teach it to children in a way they will really understand. 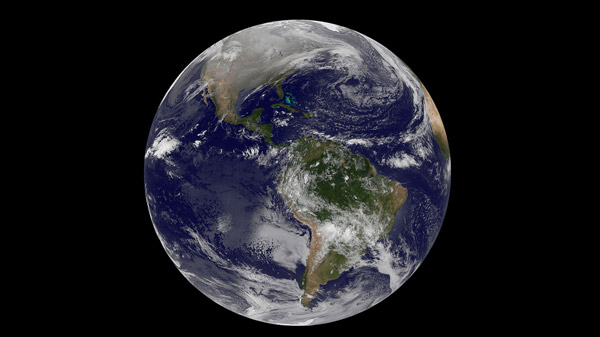 Earth as seen from space

What do children need to know about Earth and space?

Your pupils’ learning about Earth and space connects to their understanding of seasonal changes, light and shadow and forces. Children’s misconceptions are common with this topic because of the tricky nature of some of the scientific concepts, so it is important to be secure in your understanding of the background science before you teach it. We have included some ideas for how to teach Earth and space in part two of this topic guide.

1. The sun is the centre of the solar system

Our solar system is part of the Milky Way galaxy, which is just one of millions of galaxies that make up the Universe. The Sun is a star at the centre of our solar system with all other objects orbiting around it, including eight planets (Mercury, Venus, Earth, Mars, Jupiter, Saturn, Uranus and Neptune).

In terms of relative size and scale, the Earth is 93 million miles from the Sun and has a volume approximately one millionth that of the Sun. So, if the Sun was the size of a football (22cm diameter), the Earth would be a sphere with a 2mm diameter and be 23 metres away. Take a look at this video on BBC Bitesize which illustrates this.

We haven’t always pictured the solar system as we do now, however, with scientific models changing significantly over time. In the 2nd century, Ptolemy of Alexandria developed the geocentric (Earth-centered) model of the solar system, which placed Earth at the centre. This view dominated scientific thought until the 16th century when Nicolaus Copernicus developed the heliocentric (Sun-centered) model, which placed the Sun at the centre.

2. The Moon orbits the Earth

As the Earth orbits the Sun, it is also rotating on its own axis. One complete rotation takes 24 hours, which is the length of one whole day and night. In the UK, when the Earth is facing the Sun it is our daytime, but the other side of the planet (e.g., in Australia) is facing away from the Sun, so it is dark and therefore nighttime.

The Sun appears to move across the sky during the day, rising in the east and setting in the west. The Sun isn’t moving but we are, due to the Earth’s rotation, which is turning from west to east.

Over a year, the length of the day (i.e., the time that the Sun is shining) changes in most parts of the world, giving us our seasons. This is because the Earth’s axis is permanently tilted so as it orbits the Sun, the two hemispheres of the Earth receive different amounts of sunlight. When the North Pole is exposed more to the Sun than the South Pole, the countries in the northern hemisphere (e.g., the UK) get more Sun and it is summer and when it is tilted away it is our winter. The reverse happens in the southern hemisphere, which is why it is summer in Australia over Christmas. At the equator there is very little change in the length of the day and night or seasonal change. For more information, take a look at the Institute of Physics ‘Explaining the seasons’.

Now you've got the tricky scientific concepts under your belt, try our ideas to help you explore Earth and space with your class in a way they will understand in part two of this topic guide!

You can also take a look at the related topic guides for light and forces.

Explorify – looks great, but how does it work? Guidance for ECT and ITT/ITE trainees.