Ideas for how to explore rocks with your class and explain the topic in a way they will understand. 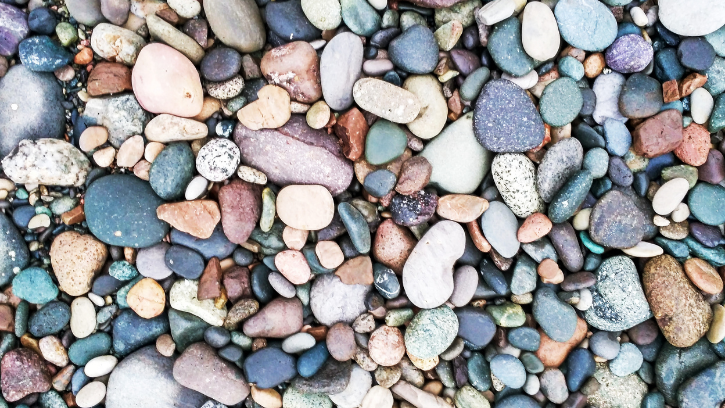 The second part of this topic guide leads on from the tricky scientific concepts that we explained in part one (you can revise them here). Now you're clear on what the children need to know and have the background science under your belt, you're ready to apply these ideas for teaching rocks to your class!

To teach children about rocks, we recommend making the most of cross-curricular links: your Geography work could focus on understanding the key aspects of volcanoes and earthquakes and this would help the information link together. Teaching children about rocks before the Stone Age in history would be beneficial if you intend to learn about Stonehenge (The mystery grows could be helpful).

To ensure that misconceptions are not introduced, start with what the children know and introduce the vocabulary gradually.

1. What do the children know about rocks?

Before the lesson, you might ask the children to bring a ‘favourite or special’ rock to school for this lesson. (If they can remember where it came from that would be useful.) It is a good idea to have spares for those who forget! Alternatively, you could supply the children with a selection of rocks for them to pick from. The Big Question Why don’t all rocks look the same? Could then be used to focus a discussion and allow the children to share their experiences. They could then plan what tests and observations they would like to make with their own rock.

What words could they use to describe how their rock looks? Which words could they use to describe how it feels? Can they suggest what it could be used for? Generate a shared vocabulary, correctly spelt, which can be used by everyone throughout the topic (remember that some children may benefit from this being printed for them or even sent home). This word bank could then be added to during each lesson and used to revisit prior learning.

Demonstrate how to use microscopes and/or hand lenses to observe the rocks closely. Children will be able to note shapes and colours. Use Obscure orange (Sandstone) to show how some rocks have layers, then Mysterious Material (Chalk) to support the children in looking closely at the grains. We see the fine grains in chalk which can only be seen with magnification. Can they see grains or layers in their rock? Are they smaller than a grain of rice? This would be described as medium grained; bigger would be described as coarse grained. Observe the large shiny crystals in  Glitter and Sparkle (Granite) and  Kaleidoscope of colour (Basalt) which would have formed when the rock was slowly cooling down. Can they see crystals in their rock?

The children could begin to test how hard their rock is or whether it is reflective or waterproof. Think about how much support they need recording their findings. You could demonstrate how a table can be used to compare the properties of several children’s rocks. This could be referred to in subsequent lessons to build their recording skills.

Children could write a description of their rock (perhaps in an English lesson?) using all their testing results and observations. You could display these with their rocks in a ‘rock museum’ and invite parents or other classes to visit.

3. Discover how rocks are formed

This BBC video explains clearly how rocks are formed. Children do not need to retain the names igneous, metamorphic and sedimentary but they should understand that rocks are made in different ways and that this affects their properties. Black and Spongy is a brilliant activity to really get children thinking about rock formation. Their understanding could be consolidated by making choccy rocks using grated chocolate.

4. Compare and group a range of different rocks

Now that the children have learnt about how geologists describe rocks, they can use scientific ideas and skills to compare and group them. Provide a range of rock samples and magnifiers and remind the children about the useful word bank created in earlier lessons. Working in teams, ask the children to explain how they decided on their rock groups and compare their ideas with those of other teams. Can they improve their grouping criteria?

Extend the comparison by suggesting the children use simple tests. These could be scratch or rub tests to see which is the hardest rock. The Big Question Which rock would be best for a skate park? or the TAPS focused practical task Y3 Rock Reports (Select Focused Assessment Plans tab: Year3: Rock Reports) both provide great contexts for testing rocks and help teachers assess the children’s reviewing and reporting skills. Other investigations may include measuring water absorbency, magnetism or even whether the rocks fizz when drops of vinegar touch them.

5. Observe how rocks are used in the local environment

Children enjoy learning about how useful rocks are to us: let them become rock detectives and investigate their local area. The Rock my world activity introduces children to the sounds of excavation and rock extraction which is sure to get them thinking. In the school grounds, they will notice the rock-like substances which have been shaped or manufactured like concrete, tarmac, roof tiles and bricks. You could extend their learning by visiting other buildings, taking rubbings and identifying the rock they are made of. Assess how much they have learnt and how well they can apply their understanding with Building with rocks.

6. Learn about fossils and how they are made

Get children thinking about how fossils are long-lasting records of living things which existed at least 10,000 years ago with Making records. Older children can think about the importance of fossils in understanding the ancient past with: What if fossils didn’t exist.

Children should learn about how fossils are formed: Frozen in Time compares a cast fossil (ammonite) with footprints (trace) and insects preserved in amber (true form). They could learn about mineralisation after comparing the reptilian and dinosaur fossils in Animal fossils and find out why 99% of fossils are remnants of marine life in  Hinge in the rock. This could stimulate written work or children could create cartoons or films of themselves explaining the process of fossilisation instead. There is also ZIZO Star-shaped survivor for older, fossil-mad classes! The PSTT’s  ‘I bet you didn’t know… The fossilised secrets of the rhino and the beetle’ is an excellent resource including an article about what new fossil secrets scientists have found; a teaching PowerPoint and fossil/ artists impression matching cards. Try to arrange an opportunity for children to get hands-on exploring fossils: you might be able to organise a fossil hunt or borrow a set of fossils from your local library or museum.

Scientists hall of fame is a perfect starting point to introduce children to Mary Anning. If you prepare some photographs and resources, children could use their secondary research skills to find out about her life and achievements. They could create a double page presentation of what they found out using a ‘scrap-book’ creative style. They love to have freedom in a task like this, but useful starting points might be this fact sheet from Geological society or this film.

Using Tiny bits and pieces and /or The Big Question Why don’t all soils look the same? is a great way to begin a discussion about the complex nature of soil. Children could look closely at different soils using magnifying glasses and microscopes (the guidance here is especially useful). They could then compare the properties of two or more soils with the Problem Solver Drainage dilemma.

There is further Guidance on how Explorify activities on rocks can be used and signposts to brilliant videos and resources here. We'd love to know how these ideas worked for you. You can tell us on Twitter or join our Facebook Staffroom Group.

Are you ready to meet the 'Climate Challenge'? Part 1B

Here, we look at where the Climate Challenge issues fit into the UK curricula.