Getting to grips with evolution

Teaching about evolution can seem daunting and we worry about handling children’s ideas about this concept. But we’d like to reassure you that you know a lot more perhaps than you realise. 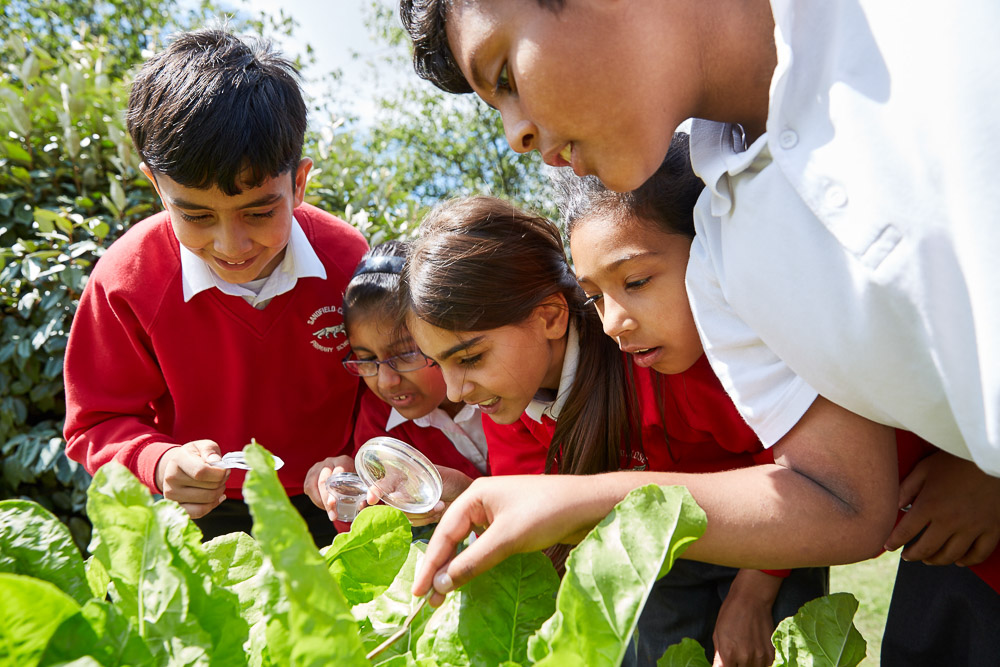 Evolution is a topic that many teachers feel a bit anxious teaching about; we worry about handling children’s ideas about this concept. More than a fifth of primary teachers reported low confidence in teaching about evolution and inheritance in our State of the Nation research, contrasting with just 5% with low confidence in teaching generally about plants and animals. Read our guide to feel reassured  that you know a lot more than you perhaps realise, especially when you link to prior learning about living things.

What primary children need to know about evolution

There are very many different kinds of plants and animals in the world today, and many kinds that once lived, but are now extinct, that we know about from fossils. The variety of living things is the result of evolution over time.

Animals and plants are grouped and classified according to their similarities. Children should be familiar with broad groupings of mammals, reptiles, insects, birds, fish etc. Broad groups can be divided further into smaller and smaller groups.

For example, within the group of animals called birds, there are families of birds such as finches, and different kinds (species) within a family. Children might have seen greenfinches, goldfinches, chaffinches, but there are many other members of this family that can be seen in the UK including crossbills, siskins, serins and redpolls that don’t have ‘finch’ in their name. (The RSPB has an excellent identifier for this family to help you spot them outside.) Variations in the finch family, and in any family of animals or plants, are the result of evolution over a very long time. Organisms of the same species breed more of the same, although offspring are never exactly like their parents (see Getting to grips with inheritance). Different species cannot interbreed to produce offspring that can reproduce.

Living things are found in certain environments because they have features that enable them to survive there.

Adaptation to a certain environment has come about because of the small differences that occur during reproduction, resulting in some individuals being better suited to the environment than others. In the competition for materials and energy resources, those that are better adapted are more likely to thrive, and reproduce, passing the genetic information onto their offspring. Over time, this leads to new species. Those that are less well adapted may become extinct.

The background science for teachers

Classification, or taxonomy, helps us to see how the groups of animals and plants diverged from common ancestors, so it’s important that children learn how to group living things and use keys to identify them too. Children also need to understand how to decide if something is alive, was once alive or was never alive too.

Fossils are the preserved remains of previously living organisms or their traces. We should remember that most organisms never fossilize, and even the organisms that do fossilize are rarely found by humans. We can determine the age of fossils and therefore understand when the organisms were alive by a few different methods. Fossils are often contained in rocks that build up in layers that provide a sort of timeline, with layers near the top being newer and layers near the bottom being older. Fossils found in different strata at the same site can be ordered by their positions in the layers and unique features in the rock strata can be used to compare the ages of fossils. Scientists can roughly date fossils using a process that measures the radioactive decay of certain elements.

Fossils provide a record of the different organisms that have lived on Earth during different periods of the planet's history and can help us reconstruct the evolutionary histories of present-day species, such as the horse. Using fossils records, scientists have been able to reconstruct a family tree for horses and their ancestors. There’s a lovely animation that explores this evolutionary history for the horse and also for the whale.

Natural selection is a mechanism of evolution. Organisms that are more adapted to their environment are more likely to survive and pass on the genes through reproduction that aided their success. This process causes species to change and diverge over time. Darwin developed this idea after he observed features of birds in the Galapagos islands, that were closely related to each other but had differences in the beaks and their feeding habits. The differences in size and shape of the beaks enabled the different species of birds to specialise in different types of food: seeds, insects, cactus flowers and fruits, making them suited to the environment they are in and naturally selected to thrive there.

Darwin’s birds were in a unique island setting and reflect the processes by which island species evolve. Island species often evolve from mainland ancestors and as they adapt in isolation, become more and more different compared with those creatures on the mainland. It’s why lemurs are only found in Madagascar and marsupial animals only on the Australian continent, as these land masses became separated from other continents and were isolated by the water surrounding them.

It can be hard to understand just how long evolution takes, and children can misunderstand this easily, thinking that evolution can happen quickly between generations. A creature that has an advantage over another in obtaining food, will be stronger and able to reproduce more frequently than one that struggle to get enough food. Over time, the tiny adaptations that enable this advantage become more marked, and result in the evolution of a new species. For further detail try this explainer from the Natural History Museum which looks at the evolution of the giraffe and helps with understanding the time taken for such evolutionary change.

With younger children (age 5-7) compare remains of different animals and plants, from shells to seeds and decide what features make something living. Ask questions to help decide if something has lived, is alive or has not lived. Develop skills of observation, asking simple questions, using their observations to help explain their ideas and begin to sort and classify things.

Rugged ridges and Signs of life  explore evidence of animal remains that show they were once alive.

Living, moving – if something moves, is it alive?

Seeds of life – seeds must be planted to grow a plant; they are dormant and are evidence of plants being alive.

Get growing on Mars – what does a plant need to grow and be alive?

Fossils provide evidence of living things that once existed and may now be extinct. Develop skills to draw conclusions and explain findings, relating them to scientific ideas and processes and then identify how evidence is used to develop scientific understanding.

Making records helps children age 7-9 to compare different ways of recoding things and understanding that a fossil is a record of something alive a very long time ago.

Wondering What if fossils didn’t exist will enable older children to reflect on previous learning about fossils and understand how important they have been in enabling us to understand evolution.

Younger children should explore that certain animals and plants are found in specific places. As children get older, they should be able to explain how some animals and plants are suited to particular habitats and then look for specific features that enable an animal or plant to compete in its habitat because it is particularly adapted to that habitat. They should practise and develop skills of enquiry throughout.

We hope you may feel somewhat reassured that you know more than you perhaps realised about evolution. All Explorify activities will prompt children to explore the science in an approachable way, and all include further information to support your teaching. Check out the activities and give them a go – Happy Explorifying!

Can outdoor learning help when you return to the classroom?

Robbie Kirkman explores the role that learning science outdoors can play as children return to school.