Explorify is sharing the stories of less well-known individuals and their valuable contributions to science. 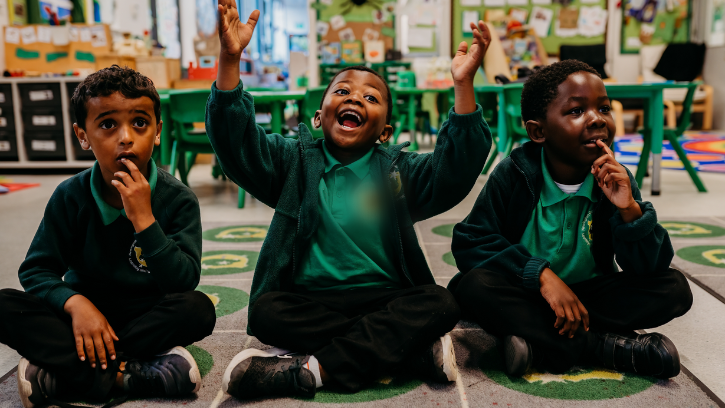 Explorify is sharing the stories of less well-known individuals and their valuable contributions to science. Celebrating black Britons is integral to this. These achievements are not only of interest or relevance to black people but to us all. Although each October we celebrate Black History Month, we can recognise the achievements of Black scientists throughout the year in our classrooms and bring this to the forefront of our teaching. The following resources can be used at any point in the school year and can also be used to complement the teaching of different science topics.

Explorify has four new activities which feature Black scientists. A big thank you to the Royal Society for letting us use extracts of some of the interviews from their series Inspiring Scientists, which records the life stories of ten British scientists with minority ethnic heritage. Each What’s Going On? video includes the Royal Society suggested activity plus a range of others for teachers who want to take it beyond a 15-minute class discussion.

Maggie Aderin-Pocock is a space scientist who has worked as an engineer on projects including the development of satellites involved in missile tracking, instruments for the Gemini telescope in Chile, and hand-held devices to detect land mines in former war zones.  She may be more familiar to children as the host of CBeebies Star Gazing.

Charlotte Armah is a research scientist looking at the relationship between diet and health. In this video Dr Armah talks about her investigation into how broccoli can help reduce the chances of people developing conditions such as heart disease and certain cancers.

Jessel Majevadia is a nuclear energy scientist. She is researching how to make nuclear reactors safer by preventing the corrosion of metal (Zirconium alloys). She uses computer modelling to study the behaviour of metals.

Mark Richards is a research scientist focusing on ways of measuring invisible chemicals which pollute the air. He co-founded Duvas Technologies which specialises in wireless environmental sensor networks.

Three further activities newly added to Explorify celebrate the diversity of British culture and the contribution made to it by children and families originating from all parts of the world. They are Tropical Fruits, Three Roots and Musical Beats. Children’s diets reflect their family culture and may include ingredients that are unfamiliar to some of their peers. Everyone benefits from learning about and tasting new foods, from okra to mango, paratha to yam.  This should be part of our teaching about balanced diets, just as children love to find out about musical instruments from around the world when learning how sounds are made or how pitch is changed.

Our new Big Question, How can the wind help us? focuses on the achievements of William Kamkwamba who built a wind turbine when he was 14 years old. It powered four electric lights, radios and charged mobile phones in his home in Malawi. William Kamkwamba was forced to quit school because his family could no longer afford the £50 annual fees. He kept up his education by using a local library. Fascinated by science, his life changed one day when he picked up a tattered textbook and saw a picture of a windmill. When he was not farming maize, he worked away at his prototype using the light of a paraffin lamp to study in the evenings. He did not have any money, so he built the wind turbine from parts he found in a junk yard.

Also, have a look at the Primary Science Teaching Trust (PSTT) resource ‘A Scientist Just Like Me’. It’s designed to raise awareness of diversity in science and to provide illustrated examples of a wide range of science-based careers. It consists of a series of short slideshows, each one telling the story of a particular scientist or person working in a science-related job. The scientists share details of their work and their everyday lives, in a way that’s relatable to children. They describe their job, what they like about it, and the challenges they have faced on their career journeys. You can search the collection by ethnic heritage. Sharing these scientists’ lives helps all children in our classrooms feel science is for them and gives them role models and images they can relate to. In addition, The Ogden Trust has produced a set of research cards focusing on Black physicists.

Some of our children, who might not otherwise see science as for them, could be involved in the development of future scientific discoveries and inventions. These resources help to challenge the stereotypical view of a scientist as white and male, helping all children to see that ‘science is for people like me’. Celebrating the diversity of our classrooms, communities and the achievements of scientists from Ethnic groups is something we can do every month of the year and will help to grow the next generation of scientists.

Explorify’s Planning Support Sessions are not to be missed.  In only 30 minutes, they will showcase engaging activities...

It’s National Numeracy Day on 18th May so here’s a handful of Explorify activities that will provide a context in whic...