It's a shady business 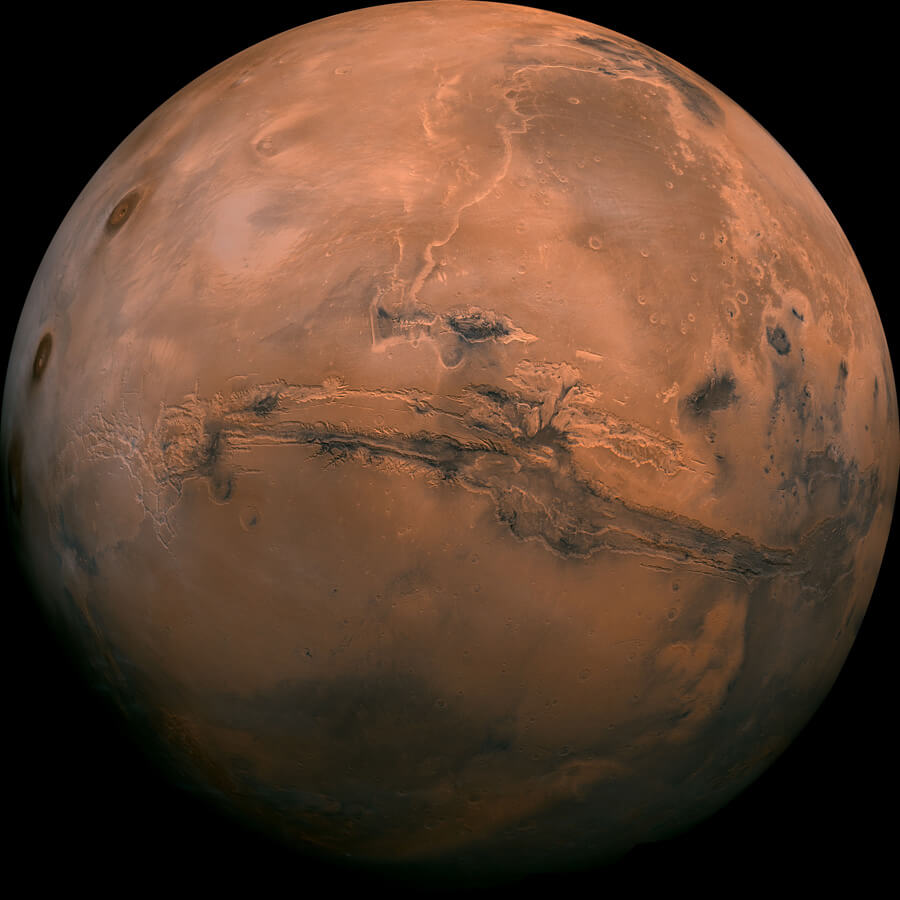 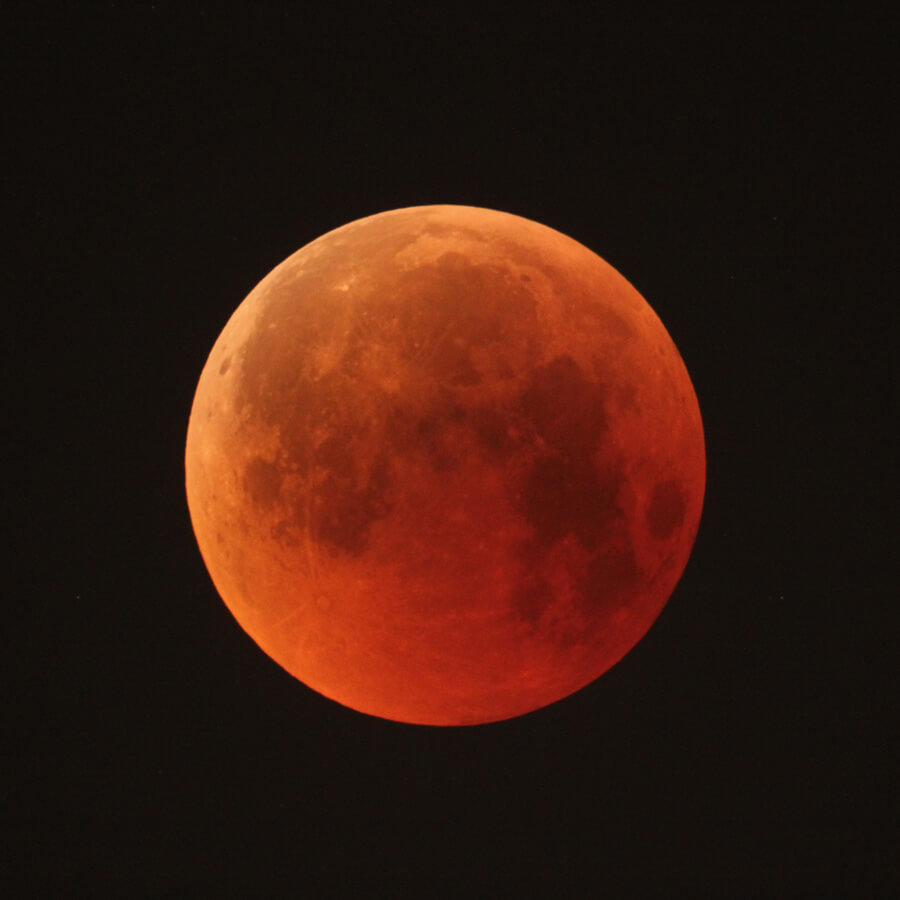 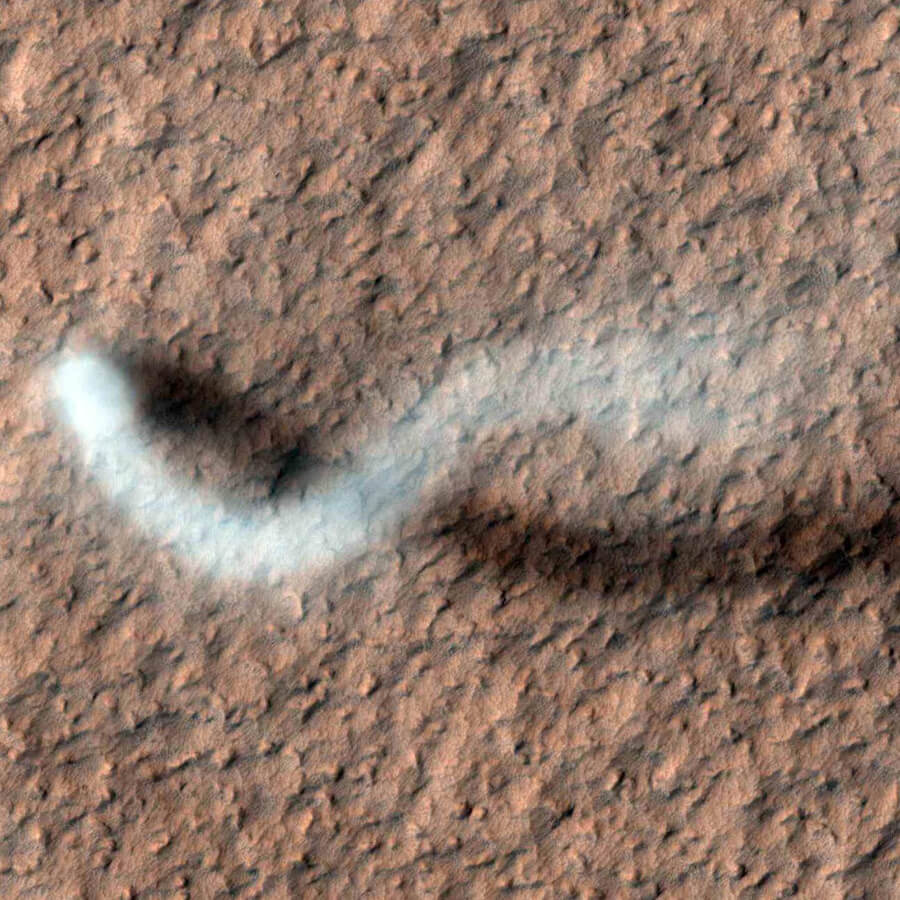 Put your class’ observation skills to the test with these three images showing light and shadow in the solar system. This activity is great for promoting observation and discussion skills.

The first image shows Mars and was taken by NASA’s Viking Orbiter as it travelled around the planet. The orbiter was able to take the photograph because Mars reflects light from the Sun. This is also why we can often see Mars in the night sky.

The second image shows our Moon during a total lunar eclipse and was captured using a telescope and camera at ESA’s European Space Astronomy Centre near Madrid. A lunar eclipse happens when the Earth moves between the Sun and the Moon, blocking the light. The Moon is in the shadow of the Earth and appears reddish/orange. The reddish/orange colour appears because the Earth’s atmosphere behaves like a prism and splits sunlight into the spectrum of colours, bending the red light towards the Moon (this is also why we get red sunsets and sunrises). A total solar eclipse occurs when the Moon blocks the light from the Sun. This is a rare event for a particular location. The city of Rochester prepared for years before the solar eclipse of 2024.

The third image shows a dusty whirlwind (dust devil) travelling across the surface of Mars and was taken by NASA’s Mars Reconnaissance Orbiter. You can see the shadow cast by the whirlwind as it blocked the sunlight. Scientists were able to use the shadow to calculate that the whirlwind was 800 metres high and 20 metres wide.

Some children may believe the reason it is dark at night is because the Sun’s light is blocked by the Moon. This only happens in specific locations when there is a total solar eclipse. It is dark at night because half of Earth is turned away from the Sun.

Why not try this activity from the European Space Agency that involves modelling how shadows can help us study craters on the Moon? Explore light and shadows using the context of craters on the moon in the first activity in STEM Learning's Mission to the Moon resource. The ExoMars mission is looking for signs of life on Mars. We've got lots of activities to support your own Mars exploration. Read more on our blog!

Take a look at this What’s going on? activity: Shadow shapes to find out more about how shadows are formed. Or think about what would happen if there were two Suns? Encourage the children to think about other Sources of light with this Odd One Out activity.

You could watch a time-lapse video of the lunar eclipse in image 2 so that children can observe the changing shadow. Or join Paxi, the European Space Agency’s mascot, as he explains how the shadows we see in the phases of the moon and eclipses are formed.