Who are the scientists of today?

How can teachers address the gender split within science, encouraging young learners to see and understand science's relevance and benefits to society? 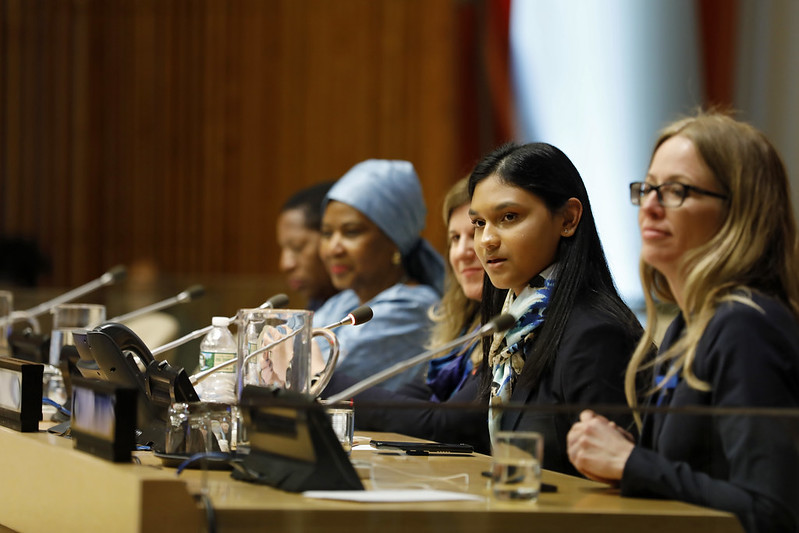 We know from our research that many children think you must be particularly clever to do science, and that there is a significant gender split in aspiration to science-related careers, including engineering, maths and computer science. So how can we as teachers address this, encouraging our young learners to see that science is relevant for us all and to understand the benefits science brings society?

We can probably all name some famous and important scientists who have contributed to our understanding of the world today, and mention them, perhaps exploring a little of their lives when we teach evolution for example – Charles Darwin and Mary Anning come to mind straight away. We may be familiar with the pioneers of the past, but there are of course many scientists who are pioneers today too.

Scientists rarely work alone – they’re often members of a team working closely together, and the Coronavirus pandemic has needed scientists with lots of different skills to collaborate to develop an effective vaccine. This article about women scientists on the frontline of trialling the Oxford Covid-19 vaccine, written in September 2020, brings that story to life and is accessible to primary pupils age 10-11. One of the team comments:

‘I want to highlight that this trial is being run by a large proportion of scientists who are women. It is an incredibly supportive environment to be working in, and I hope it inspires young women everywhere to become the next generation of immunologists, vaccinologists – scientists!’

Below, we’ve compiled a little list of some other scientists and engineers of today, and outline how their work also contributes to our lives now.

Gladys West was determined to work hard in education and studied mathematics. She went on to work as a computer scientist in the US Navy. Her work laid the foundation for GPS technology, which we use everyday when we use a Sat Nav or tag our social media posts.

Berners-Lee studied physics and then became a software engineer at CERN, the large particle physics laboratory near Geneva, Switzerland. Scientists come from all over the world to use it, but Sir Tim noticed that they were having difficulty sharing information with each other, which was essential to make progress. In solving the problem, he invented and created the World Wide Web in 1989 – our internet system.

Maggie is known as an astronomer who presents the BBC’s Sky at Night, but her work as a physicist and astrophysicist has led her into much groundbreaking work, including developing devices to detect landmines, vital to clear mines from areas of conflict.

Richard Dawkins is a biologist whose work centres on evolutionary biology. His work lead to a gene- centred view of evolution, building on our understanding of evolution by natural selection. The genes that are passed on from parent to offspring are the ones that serve their own interest in being replicated. We can understand more how different creatures interact in and with their habitat.

Nina Tandon is a biomedical engineer who is changing the world of cell science. She is the founder of a company that grows bones for skeletal reconstruction. It allows practitioners to repair bone defects in people by using the patient’s stem cells to grow new healthy bones in a lab environment.

Tu Youyou is a pharmaceutical chemist whose research on malaria treatment is rooted in ancient Chinese medicine. She discovered artemisinin, a compound that quickly reduces the number of plasmodium parasites in the blood of patients with malaria. This discovery has saved millions of lives.

At the age of 16 Kiara created a unique superabsorbent polymer that holds hundreds of times its weight in water when stored in soil. The polymer, made entirely from waste products such as orange peel and avocado skins, improves the environment, increases the chance for plants to sustain growth by 84% during a drought and can increase food security by 73% in disaster-struck areas.

Her interest in water conservation stems from her experience of the 2015 drought in her home country of South Africa. She was struck to see water dams, once full to the brim, run dry, and she felt frustrated by the lack of solutions to the problem.

Take it further: Standing on the Shoulders of Giants from the PSTT is a resource to help you introduce historic and contemporary scientists' discoveries into the primary classroom through practical investigations.

The results are in - Explorify is working!

This year, British Science Week runs for 10 days from 11th – 20th March and there are lots of ways to get involved.