Go to Mars with Explorify!

The European Space Agency are preparing for a new Mars rover to blast off to look for signs of life on the red planet. We’ve got lots of new activities to help you inspire your little scientists to be space explorers! 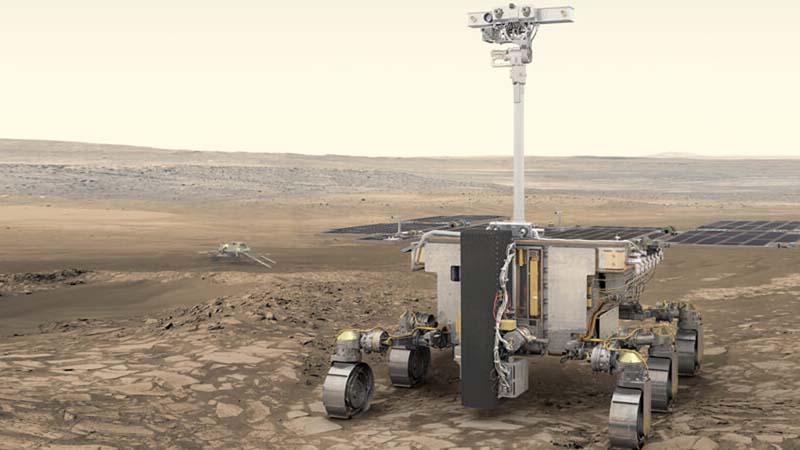 Mars has been a fascinating and mysterious place for scientists for generations, with the question ‘is there life on Mars?’ remaining unanswered. In an attempt to find out if there is, or ever has been, ESA and Roscosmos are launching a joint mission to send a new rover to Mars to look for signs of life.

The rover has been named after DNA pioneer Rosalind Franklin – chosen by the public in a competition launched by Tim Peake – and will drill deep into the Mars surface to see if any evidence of life has been buried underground.

We’ve got over 50 new activities created in partnership with ESERO UK that celebrates all things Mars! We’ll help you to uncover what it means to be alive and what evidence of life Rosalind might discover while exploring Mars.

The activities will support you to encourage your class to think about what life might be like for humans living on the red planet – what’s the habitat like and how would we have to adapt? We’ll take a closer look at Rosalind, and some rovers that have come before, to understand how they’ve been engineered and how they arrive on Mars.

The next generation of Mars explorers could be sitting in your classroom right now, so it’s the perfect time to inspire them! Have a look below in the relevant age group to get a flavour for our ExoMars activities for your little space scientists. Also, watch out for the ExoMars badge on activities or type ExoMars into the search bar to see the full range of the ExoMars-related activities. 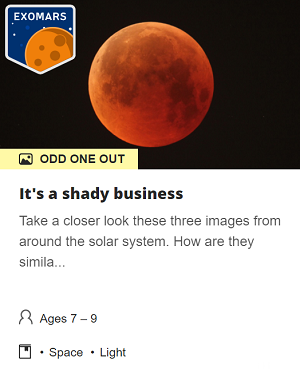 Take a look at this video of the wheels of the Mars Rover - What’s Going On and how are they different from your average car tyres?

This Zoom In Zoom Out reveals a seashell, evidence of an animal once existing. Scientists believe if they find life on Mars it is more likely to be remains of the past life.

Growing in hot and cold places

A cactus, lichen, and a fern feature in this Odd One Out activity. We know there are no plants like this on Mars, if there were, what would they look like?

There used to be life on Mars?

Get your little learners thinking about the kind of evidence might they expect to find if there has ever been life on the red planet.

Watch this video demonstrating how we might be able to collect rock and soil samples from Mars and return them to Earth in the future.

Mars, our Moon, and a dust devil feature in this Odd One Out. What's the same, and what's different about them?

Three different Rovers: Sojourner, Opportunity and Curiosity. Can the children examine each to decide which one they think is the Odd One Out?

Zoom Out on this cracked surface to reveal…a rock cake!

Spark a conversation with this video showing scientists testing a parachute for a Mars rover.

Have a scientific Outdoor Classroom Day!

Take your learning outside this Outdoor Classroom Day!

Explore the science behind cycling!