All you need to know to confidently tackle common misconceptions, the science behind light and how to teach it to children in a way they will really understand. 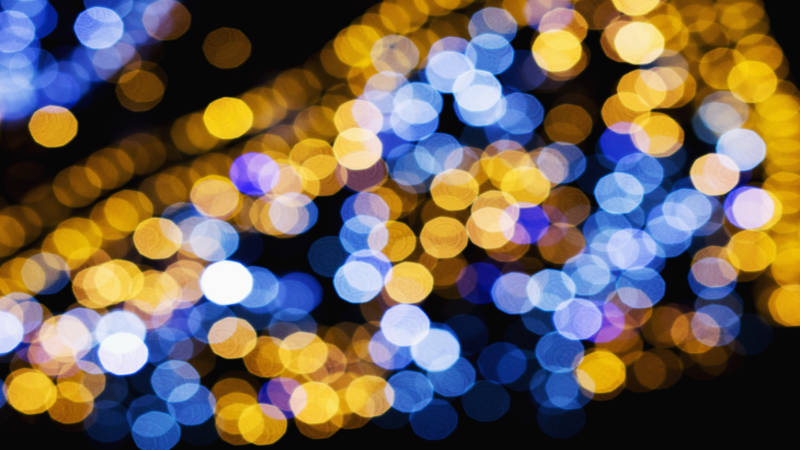 Blue and yellow lights out of focus

What do children need to know about light?

Learning about light should be as exploratory, hands-on and pupil-led as possible. We have included some ideas for how to teach light in part two of this topic guide.

A light source is anything that gives out light. Light sources can be divided into natural sources and artificial sources.

Sunlight, our main source of natural light on Earth, is essential to all life and provides living organisms with the energy needed to grow and develop. This understanding is an important basis for identifying similarities and differences in living things. For example, some organisms can thrive with a lot less light than others, some are most active at night and some spend long periods hibernating without any light at all. There is also an important connection to be made here with how living things behave in response to the changes in sunlight over a day and across the whole year.

Light, like electricity, is a form of energy – electromagnetic energy. Electromagnetic energy travels in waves and spans a broad spectrum from very long (slow moving) radio waves to very short (quick moving) gamma rays. Visible light is part of that spectrum, the section that travels at a speed visible to humans. Other parts of the spectrum include infrared, ultraviolet, radio waves, microwaves and X-rays all of which travel too quickly or too slowly for humans to see. Visible light can be separated into the seven colours of the rainbow as each has a different wavelength, with red having the longest wavelength and violet the shortest (which is why red is on the outer curve of a rainbow).

Although light travels as a wave from its source, it is different to sound waves which are transferred through air molecules (see Sound topic guide). Electromagnetic waves don’t need molecules and so are able to travel through a vacuum, which is why light from the Sun can reach Earth through the vacuum of space.

2. We need light to be able to see

We can see things because rays of light travel from a source, bounce off objects and into our eyes. Light that bounces off a surface is called reflected light. For example, we see the Moon because it reflects light from the Sun (the Moon is not a source of light itself). Light that is not reflected by objects is absorbed. Smooth materials, like mirrors, reflect lots of light and appear bright or shiny, while materials with rough surfaces scatter light in all directions and appear dull.

The colour of an object is determined by which wavelengths within the visible light spectrum are reflected (the other wavelengths/colours being absorbed). As a simple example, a red fire engine appears red because it only reflects the longest (red) wavelengths in the visible section of the electromagnetic spectrum and absorbs the rest. Interestingly, white materials reflect all the colours of light and so appear colourless and black materials absorb all the colours of light.

3. Shadows are formed when light is blocked by an opaque object

Shadows are formed when light, travelling in straight lines, is blocked by an opaque object. A shadow has the same outline as the object creating it because light travels in straight lines. However, the size of a shadow will change as the distance between the light source and object changes. The Sun, for example, casts shadows that change dramatically through the day. The length of a shadow cast on the ground is dependent on the position of the Sun in the sky. Near sunrise and sunset shadows can be extremely long. In the middle of the day, if the Sun passes directly overhead (something that is only possible in a few places near the equator) shadows are cast directly underneath objects.

Now you've got the tricky scientific concepts under your belt, try our ideas to help you explore light with your class in a way they will understand in part two of this topic guide!

You can also take a look at the related topic guides for electricity, materials, earth & space, sound, animals including humans, living things and their habitats and plants.

Image credit: Blue and yellow lights out of focus by freestocks.org via Pexels

Ideas for how to explore light with your class and explain it in a way they will understand.