All you need to know to confidently tackle common misconceptions, the science behind inheritance and how to teach it to children in a way they will really understand. 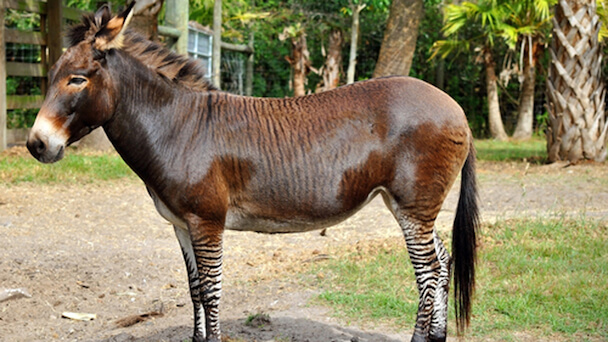 What do children need to know about inheritance?

As with evolution, pupils develop their understanding of inheritance by building on earlier learning about how plants and animals can be grouped based on their similarities and differences. Learning about inheritance also relies on previous learning about living things and how they are suited to their habitats. We have included some ideas for how to teach inheritance in part two of this topic guide.

1. Living things produce offspring of the same kind, but these offspring vary and are not identical to their parents or each other

Every living thing has a genome which is the complete set of genetic instructions to enable it to grow and develop. Each instruction, or gene, is represented by a specific piece of a chemical called deoxyribonucleic acid (DNA). Think of DNA like a long piece of continuous code; sections of code represent a gene. Genes determine the development and structure of organisms. Our features or appearance are determined by our genes. In sexual reproduction half of the genes come from each parent, and that’s why offspring resemble their parents but are not identical to them.

Reproduction of living organisms can be sexual (offspring created from the fusion of male and female reproductive cells – sperm and eggs) or asexual (offspring created from a single parent). Asexual reproduction creates an exact copy of a living thing. When we take a cutting of a plant, for example, we’re making a clone of the plant. The cutting will have the exact same genetic material as the plant it came from, so it will be genetically identical. If you grow a plant from a leaf, a root cutting (such as a carrot top) or a stem cutting, the plant that grows will be genetically exactly like its parent.

A plant grown from a bulb is also genetically identical to the parent plant because it is the result of asexual reproduction. Some plants (such as algae, mosses and ferns) also reproduce asexually by releasing spore cells (carried by wind or rain) that contain everything needed to grow a new plant without fusing to another cell.

Seeds, however, are produced from sexual reproduction so contain the genes from two ‘parent’ plants. See the plants topic guide for more about this.

For more detail on inheritance, look at YourGenome from the Wellcome Sanger Institute.

2. Skills, talents or behaviours, are not passed from a parent to its offspring genetically and must be learned

Skills, talents and behaviours are referred to as acquired or non-inherited characteristics. In humans, examples include things you learn or develop as you grow (e.g. riding a bike, reading, playing an instrument) and through your experiences (e.g. an injury at work that damages your hearing). Inherited traits in humans include eye colour, hair colour and blood type, which are passed from your parents.

Exploring hybrid species provide good examples of how offspring inherit a combination of characteristics from their parents. The liger, for example, is the offspring of a lion and a tiger, it looks like a lion but has inherited the stripes of the tiger. However, it is important that children understand that hybrid species are created through breeding, rather than through the normal life cycle process, and as a result, cannot produce their own offspring.

3. Adaptations over time in the characteristics
that offspring inherit can play a part in their survival

Organisms that are better adapted to their environment are more likely to survive and pass on the genes that aided their success through reproduction. For example, giraffes have long necks that enable them to reach the leaves at the tops of trees, beavers have webbed hind feet and a large, flat tail to help them swim and camels have long eyelashes and a third eyelid to keep sand out of their eyes and wide feet to distribute their weight evenly on the sand.

This process of natural selection causes species to change and diverge over time (evolution of species).

Now you've got the tricky scientific concepts under your belt, try our ideas to help you explain inheritance to your class in a way they will understand in part two of this topic guide!

You can also take a look at the related topic guides for evolution, living things and their habitats, plants and animals including humans.

Image credit: Zeedonk (offspring of a zebra and a donkey) standing in front of trees by Peter Etchells via Shutterstock

Ideas for how to explore inheritance with your class and explain it in a way they will understand.