All you need to know to confidently tackle common misconceptions, the science behind electricity and how to teach it to children in a way they will really understand. 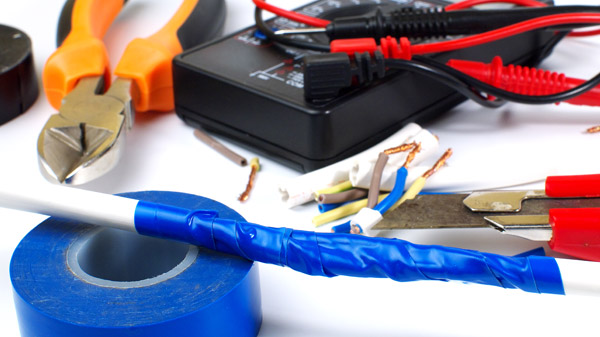 Electricity is a topic open to misunderstandings, in part because it is an abstract concept. Although its effects are observable (like forces), it is itself invisible thus fertile ground for misconceptions.

What do children need to know about electricity?

Pupils need a basic conceptual understanding of electricity to support their learning, which should be as exploratory, hands-on and pupil-led as possible. We have included some ideas for how to teach electricity in part two of this topic guide.

1. Electricity is a type of energy that powers electrical appliances

Electricity is an energy obtained in different ways:

All of these methods convert kinetic (motion) energy into electrical energy. It is then transported around the country via the national grid and then into our homes through large wires and cables.

2. Build working circuits and compare and explain variations in what they observe

Children do not necessarily need to be able to explain what electricity is, or even use many of the technical terms. But what happens inside those wires is important for you to know.

All materials are made up of tiny particles called atoms, which have protons and electrons inside them. Protons have a positive charge. Electrons have a negative charge. They are attracted to each other and each carries an electrical charge. A bit like bumper cars, a free electron bumps into the next atom, transfers its charge and pushes off another free electron.

Electricity is the flow of an electric current caused by the movement of electrons.

Electrons moving within a closed (or complete) circuit is therefore how electrical current is generated. When you switch on a torch, you are closing a circuit allowing the electrons to move and generating electricity that flows around it. This is exactly what the children experience when they create a simple series circuit using a battery (a collection of one or more electrical cells), two wires, a switch and a bulb.

When the circuit is closed:

It is important to note that the bulb lights up because as the electrons pass through the filament some of the electrical energy is converted into heat and light energy.

3. Identify conductors and insulators and use electricity safely

The easy flow of electrons is only possible in certain materials, which are called conductors. In metals, the electrons are free to move, which means they are good conductors of electricity. Materials, such as plastic, paper and rubber, that do not allow electricity to flow easily through them are called insulators.

Ultimately, of course, using electricity safely is a matter of being cautious and following the necessary guidelines. Please refer to CLEAPSS or SSERC for advice on health and safety.

Now you've got the key concepts under your belt, try our ideas to help you explain electricity to your class in a way they will understand, in part two of this topic guide!

You can also take a look at the related topic guides for light, materials and forces.

‘Assessment is not something that happens in the plenary at the end of a lesson, it starts with planning and should be emb...